The  Run United Series is on with its second leg, the 2013 Run United 2. This is part of the The 2013 RunRio Trilogy.  Runners will be treated to a  performance by Rico Blanco and Moonstar88 this Sunday. Non-runners, ofcourse are welcome to participate in exciting and fun-filled health events at the Unilab Active Health Village Areas. 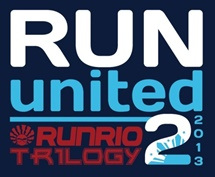 Rico Blanco, Moonstar88 to perform in ‘Run United’ this Sunday

OPM icon and singer-songwriter Rico Blanco will rock the stage this Sunday, June 2, with pop band Moonstar88 at Unilab Active Health’s “Run United 2013”, which will be held at the SM Mall of Asia in Pasay City.

Blanco is known as a pop icon in the local entertainment scene and has been, for years, considered as the face of the popular 90s band “Rivermaya.” Moonstar88, on the other hand, immortalized the OPM hits “Torete” and “Sulat.”

More than 12,000 have signed up for the second leg of this year’s Run United event. The run features 500m, 10k, 21k and 32k routes which starts and ends on Seaside Boulevard near Block 16 of the mall’s expansive parking lot. The 10k loop trails the Diosdado Macapagal Avenue on to Roxas Boulevard and back, while the 21k loop reaches as far as the Luneta Park (also on Roxas Boulevard) and Uniwide Theater/Movie Hall on Diosdado Macapagal Avenue. The 32k route will take the same path as the 21k’s except that it will also reach the opposite end of Roxas Boulevard where it meets the Manila-Cavite Expressway and the NAIA Road.

Although registration for the race is already closed, non-runners are still welcome to participate in exciting and fun-filled health events at the Unilab Active Health Village Areas, which will be situated a few meters from the finish line. The Health Village is divided into five zones namely the Ceelin Playground (for kids); Health, Sports and Leisure zone; UST Physical Therapy zone; Active Health zone and Sports Nutrition zone.

The Ceelin Playground zone includes a giant inflatable playground, a kiddie salon, and henna tattoo, face painting and photo booths. The other zones offer health lectures, running tips, physical exercises, and an ice pool, among others.

Additionally, three conveniently located areas are designated for the Active Health Apparel shop, Food Pavilion and iConnect booth, which is a social media photo booth where pictures of participants are uploaded in real-time to Unilab Active Health’s Facebook fan page.

Run United is an annual running event sponsored by the pharmaceutical giant United Laboratories (Unilab) through Active Health, its advocacy for the Filipino’s health and wellness, in partnership with RunRio, Inc., a race organization company founded by running coach Rio Dela Cruz.

More than 10,000 runners participated in the first leg of the 2013 Run United, which was held on March 17 also at the SM Mall of Asia. The final leg of this year’s Run United trilogy will be held on October 6. For more information, check out Unilab Active Health’s website at http://www.unilabactivehealth.com. 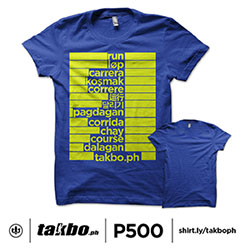 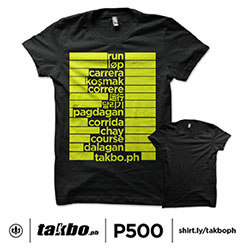