You are here: Home / Archives for milo marathon iloilo

The 38th Milo Marathon 2014 starts on June 29, 2014 at Baguio City with 17 elimination areas and the Milo National Finals in Manila. Here is the initial schedule for the Milo provincial legs and Milo Marathon Finals. Manila Elims is on July 27. Start planning your races and marathon now.  Which ones are your joining […]

The 36th National Milo Marathon Iloilo will be held on October 28, 2012.  As part of their advocacy, thousands of Milo running shoes will once again be given away to underprivileged children this year.  As of December 2011, some 14,200 pair of running shoes were given away all over the country while in 2010 where […]

The 36th Milo Marathon 2012 starts on July 1, 2012 with 17 elimination areas and the Milo National Finals in Manila. Here is the initial schedule for the Milo provincial legs and Milo Marathon Finals.Start planning your races and marathon now. Thanks to Coach Frunk for sending us the initial list. Dates have been confirmed […] 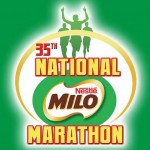 This is what I love with cheap airline fares from Cebu Pacific.  It gives me a chance to travel more and run more.  I got tickets to run.  Not just one ticket but three tickets to run.  Since last month, I have been waiting for announcements for promo fares.  And here’s what I have Iloilo […]